WE ARE LIVING IN THE VOID. There is a tremendous divide in Western culture — palpable like a foul smell you can’t quite get away from. A divide; between Red and Blue. Between wealthy and poor. Between Black and White. Between Man and Woman. And most devastating of all, a divide between our private selves and our public selves — which is a connection our soul cannot do without.

Take the Blasey Ford/Kavanaugh media coverage, for example. I would see a post on Facebook in favor of Ford, with favorable comments, likes, and shares. I even saw someone I know once comment, “We ALL know she’s telling the truth.” And then I would go to YouTube and watch a video defending Kavanaugh, and the comments were almost solely in his favor. To me, it seemed like the consensus was split, 50/50 even, yet each side was absolutely certain that most people shared the same belief — with neither side acknowledging the opposition for a moment. Amazing!

It’s like a black hole has opened up in our world and sucked away all of our common ground. Without a sense of cohesion, your country is merely a place that you are, and your culture becomes a menace.

Maybe that black hole was social media. Maybe it was bad politics. Or maybe it was simply the passing of the time and the natural process of decay that any civilization must endure. In any case, this profound emptiness, this feeling of being without a home, this gap between the world and me — can only be felt for so long before it sinks into our skin and strips the flesh off our bones.

Human beings need purpose — a sense of belonging. We can’t live without this feeling, and when we lose it, we’ll go to the end of the earth to feel it once more. When living in the void, identity becomes everything. We are all scrambling for our place in the world, endlessly struggling to be somebody, looking for a Self in every shattered mirror—a mad dash to nothing and nowhere — in desperate search of an identity that can never be found. The more powerless we feel, the more we will strive for power — and we all feel powerless in the face of the void.

But striving for an identity only furthers the divide, for every identity contains the seed of its opposite. Wherever there is Women’s March, there will inevitably be a group of men who feel attacked. For every men’s rights activist, there will be a raging feminist to decry its implicit sexism. When Black Lives Matter starts gaining momentum, we get Blue Lives Matter in the mix. Are we starting to notice the trend?

This is the postmodern era, which means we are stuck criticizing the assumptions past — but have yet to come up with any solutions. Over the past 60 years, since the early stages of the Civil Rights Movement when the white world was stripped of its moral authority, an identity movement has grown out of The Great Void. It started as a retaliation against the old guard, a struggle against white maleness and all of the unearned power it wielded, but then turned on itself and became a means to power. And we’ve been playing a massive game of “Who started it?” ever since.

According to Mark Lilla, author of The Once And Future Liberal: After Identity Politics, it goes something like this:

Blacks complained that most leaders were white, which was true. Feminists complained that most all were men, which was also true. Soon black women were complaining about both the sexism of radical black men and the implicit racism of white feminists — who themselves were being criticized by lesbians for presuming the naturalness of the heterosexual family. What all these groups wanted from politics was more than social justice and an end to the war, though they did want that. They also wanted there to be no space between what they felt inside and what they did out in the world. They wanted to feel at one with political movements that mirrored how they understood and defined themselves as individuals. And they wanted their self-definition to be recognized

This is how identity politics descends into madness. It always mirrors what it claims to be fighting against. When identity is paramount, we are broken down into categories of race, gender, and ethnicity, and the intermingling of opposites is brought to a bitter end. I am no longer an individual, I am a white male — representative of other white males — as though we are each the spokesperson for our particular group identity. You can only vaguely recognize me as a human being, for my identity itself — in the most shallow and aesthetic terms — is seen as a political threat.

Identity is essential, but it goes much deeper than politics. When the personal literally becomes the political, things get messy. Come to think of it, the personal was never the political — because our sense of Self is not strictly a political device. It’s private. It’s intimate. It’s sacred. We see life through the Self, a universal principle, yet when we politicize the Self — we make other people different from us in a fundamental way.

We are drawing lines in the sand, building irrelevant walls between you and me simply because we are afraid — afraid that we are all the same in the darkest of ways, afraid of our own terrifying humanity. We should be tearing down those walls between ourselves and the world, a world made up of other people, by respecting the sovereignty of the individual — every individual. People are individuals, not groups.

When identity is paramount, we are broken down into categories of race, gender, and ethnicity, and the intermingling of opposites is brought to a bitter end.

There is a certain terror that comes along with political polarization. We can’t even look at the other side, not because we necessarily disagree, but because it is taken as an attack on the Self if we are wrong. We don’t want to know what’s happening out there. It’s safer and more comfortable from the view of our own bubble. It’s horrifying to have our assumptions challenged, to have our worldview come crashing down, to consider the possibility that we are over privileged and undereducated buffoons without a clue. There is terror, rippling terror, because we know on some level that there is no difference between ourselves and the “other”, we are the same as those “deplorables” we have chosen to hate — and that shakes us to the core.

A question: How do we emerge from the void like a phoenix reborn?

This all started because human beings lost their sense of meaning. It can only improve when that meaning is found. The death of God created the void. His replacement has been largely ego-driven so far. When we find meaning in life, a deep feeling of purposefulness, a connection with our power — the painful desire to cling to an identity is burned off like deadwood.

We need to create a narrative that goes beyond our division, beyond identity politics, beyond the void — to be employed both personally and politically — and that does not make the color of your skin or the genitalia between your legs the most important thing about you. Rather than pursuing an identity, we can pursue meaning itself — through questioning, through movement, through curiosity, through wonder, through possibility, through adventure — so we can expand ourselves beyond these categories.

Making the personal into the political really was a valiant effort, an attempt to find the invisible thread between our private and public selves, but it fails to acknowledge that these things are not the same and can never be the same. How we feel inside, on one hand, and how we present ourselves to the world, on the other, are not the same thing; there will always be a natural conflict between them — and how we deal with that conflict is a private struggle that we must all endure as an individual. This is what defines our character. 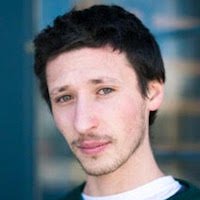 Samuel Kronen is a human being. I want to wake you up - kicking in the door to our collective consciousness. My belief is to lead by example. Connect with me through Facebook and YouTube.

‘The Flea’ by John Donne | Analysis