We took to the road at 9pm on a smoky evening in Big Sky, MT, my friends Eric, Marcus and I had an idea to drive into the unknown, in search for big fish.

Surviving the 12-hour drive through the night, we arrived at a trailhead lost by most, and far from anywhere. We then descended the few thousand-foot hike into a rattlesnake-infested inferno of a canyon where we would fish hard for three days in a location an outdoor enthusiast can only dream of. The several hours’ worth of winding heavily logged roads seemed to whiz by as our anticipation of inception grew. Backpackers seeking unimaginable isolation and stupefying beauty are said to frequent the stream more than anglers, whose annual number is fewer than a hundred, according to Eric.

The fish were plentiful, indeed, the threatened Bull Trout our target. The hook-jawed, prehistoric looking species thrive within the farthest-reaching portions of territory that humanity has yet to touch. The species demands clean substrate and cold, clear water as their habitat, while unnatural sediment from nearby development, and the ever impending warming effects of climate change are detrimental to habitat loss and ultimately their survival. De-barbed hooks and strict, expedient catch-and-release tactics allowed us to catch this diminishing apex predator. Their beauty was immaculate, their pink, cheetah-like spotted bellies, which are characteristic of their spawning cycle, gave stark contrast to their tiger-striped foreheads and backs. 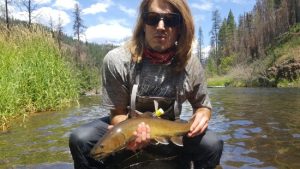 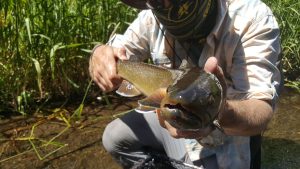 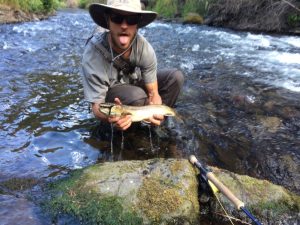 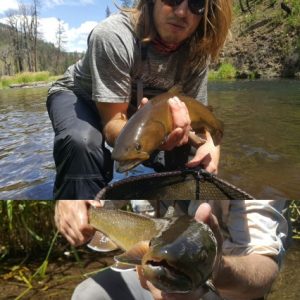 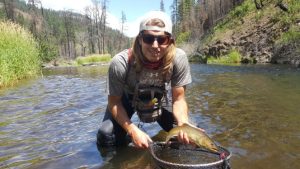 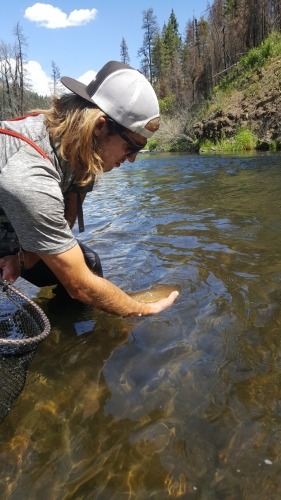 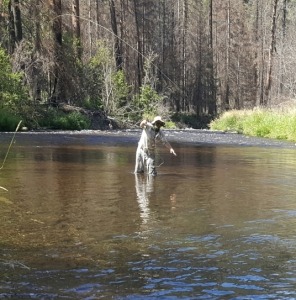 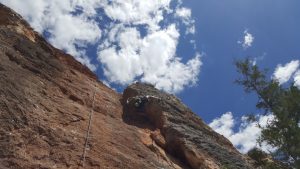 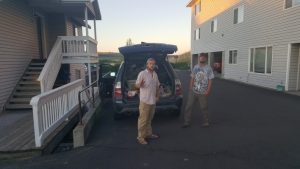 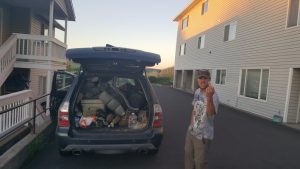 Pulling such endemic, aquatic life out of water so far from civilization was a much-needed dose of immersion into a pristine environment. We did not see a single human during our entire stay, all the while fishing 15-miles of stream. Although I do not think many are willing to work for the opportunity to target them, I am still abiding to Eric’s command: “If anyone asks you where you caught these fish, you say… ‘In the water.’” And that’s nearly all the info you’ll get from me. I’m blessed to have ridden along with two excellent fly fishermen—one’s a guide, the other a pro–who educated me on not only how to fish, but how to be a steward of the environment.

We have another trip planned for Yellowstone later this month.

The Shape of Water Lawsuit