On September 9, 2016, Hillary Clinton spoke at the LGBT for Hillary Gala in New York City, where she called Trump supporters a “basket of deplorables.”

In response, Democrats high-fived, laughed, said “Got ‘em!” and went to bed.

The next day, Trump supporters held hands and wore trucker hats adorned with scary skulls and triumphant eagles, sold at local gas stations for $9.99, that said, “I’m a Proud Deplorable!”

The Democrats saw this, scrunched their faces, and said “Ooooo!” in anger, wringing their reptilian claws.

In the final moments of the final presidential debate, Donald Trump, in response to Clinton’s tax policies, accused Mrs. Clinton of being “such a nasty woman.”

Republicans high-fived, laughed, said “Got ‘er!” and went to bed.

The Republicans saw this, scrunched their faces, and said “Ooooo!” in anger, writhing their scaled talons.

In recent years, the LGBTQ+ community has doubled down against using homophobic slurs, citing them as hate speech comparable to the swastika and cross burning. Part-Jew Catholic homosexual Milo Yiannopoulos responded by employing his “Dangerous Faggot Tour” across American college campuses. Libertarians and middle schoolers high-fived, laughed, and went to bed.

For years & years, the back-&-forth name-calling went back-&-forth, until one day North Korea fired a missile across the ocean towards American soil. The destruction was horrifying on a literal & symbolic scale. The death count immeasurable. The terror deep.

WE are Deplorable Men. WE are Nasty Women. WE are Dangerous Faggots, Mediocre Negros, and Potatoes. WE are Baby Killers and Church Freaks. Towel Heads and Slant Eyes. If you want to beat us down, you’ll have to get through us, all of us, including the Dyslexic Retards, Tummy Dicks, Uncle Fuckers, Nosy Neighbors, Stanky Leggers, Backgammon Cheaters, Bald Husband Beaters, No-Good Crookers, No-Good Lookers, Faulty Bankers, Salty Wankers, Loudmouth Listeners, Down-South Bumpkins, Slinky Blumpkins, Polaroid Stalkers, Rude Jaywalkers, and Hemorrhoid Poppers. WE are AMERICA. WE are PROUD. And:

Kim Jong-un’s reply: “Please, forgive us. We did not realize that we were attacking a people that dislike America as much, if not more, than we do.” 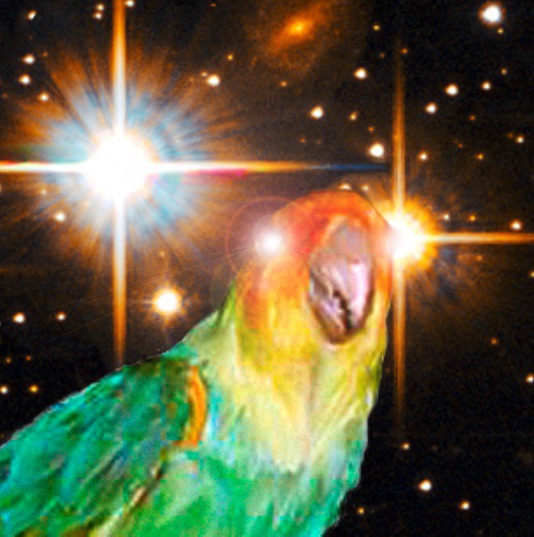 H. Schadenfreude von Vogelsang is a professional ornithologist and necrologist.