At the risk of axing my non-existent friendships with Dave Rubin and Paul Joseph Watson, here’s my take on the Candace Owens controversy — otherwise known as the Myth of Funded Misinformation, co-inspired by this bad boi:

I’d like to say thank you to all of you guys who didn’t believe the funded misinformation campaign against me this week. ❤❤

The other co-inspiration: Candace Owens’ “Myth of the Coon”

CANDACE OWENS’ FIRST VIRAL HIT: “I Don’t Care About Charlottesville, the KKK, or White Supremacy” — a video that, despite the cringy black- & white-filtered segments, won me over to …well, the stance that I already held. The obvious gimmick here being that Candace Owens is black, providing a unique POV: the black, female conservative. I say “gimmick” not to be insensitive — the black, female conservative POV is a positive and attention-grabbing refreshment to the conservative viewpoint — but to foreshadow the recently burst tension between the anti-identitarians and Candace Owens’ “overnight” conservatism. series.

A Quick Recap: Candace Owens, summer 2017’s newly converted conservative and rapidly rising star behind YouTube’s Red Pill Black“A Red Pill for Black People.” – from Red Pill Black’s Facebook page, harking back to the red/blue pill scene of 1999’s hit film The Matrix. Ironically, the movie’s directors, the Wachowski Brothers, each underwent a gender transition to become the Wachowski Sisters, somewhat confusing the right-wing spirit of “red pilling.”, fell backwards into a seemingly expired controversy when conservative YouTuber Tree of Logic revived interest in Candace Owens’ pre-conservative project: Social Autopsy — by revealing that the site was still, as of earlier this week, at least semi-operational. As a result, Twitter, YouTube, etc. began questioning Red Pill Black’s authenticity in being a boss ass conservative bitch who openly massacres mentally retarded liberals (or something), whereas Candace Owens ascribed the criticism held against her to “funded misinformation,” as opposed to legitimate concern over the continued existence of her extremely Orwellian Social Autopsy project. Her reasoning: “the people are scared that the #MAGA movement is growing with black conservatives.”

Candace Owens’ evasion is strange and, for those who like her content, confusing. The revamped concern over Social Autopsy hasn’t stopped Red Pill Black from doubling down on this “funded misinformation” narrative, but it should — at least for a few minutes to answer a few key questions:

“Thus far we have worked to collect data and create about 22,000 profiles from individuals that are surprising all over the employment spectrum (doctors, teachers, lawyers, you name it).” – Candace Owens

And the most important Q: How many children has Hillary Clinton personally murdere — wait, wrong flash card… here: How “red pilled” can Red Pill Black be, if she’s denying the prolonged existence of Social Autopsy?

I will never be sorry for Social Autopsy, ever. My heart was always in the right place. Also, it’s what brought me to where I am today.

THE ANTI-HARASSMENT WEBSITE SOCIAL AUTOPSY launched its Kickstarter campaign on April 12, seeking $75,000 to essentially fund an online public database of trolls, cyberbullies, etc. And not simply to catalogue trollish acts and incidents but to reveal the trolls themselves — to display their faces, names, and locations on the World Wide Web. In Candace Owens’ own words:

We attach [people’s] words to their places of employment, and anybody in the entire world can search for them. What we are doing is figuratively lifting the masks up so nobody can hide behind, you know, Twitter handles or privatized profiles. It’s all real, and it’s all researchable. You can still say whatever you want to say on social media, but you have to be willing to stand by your words.

While reading this passage, the words “doxxing” and “naiveté” and “1984” come to mind. During its start-up phase, Social Autopsy received criticism from the likes of ChrisRayGun, MundaneMatt, and InfoWars for being just that: a naive, dystopian, doxxing website — i.e., a terrible idea.

Imagine: Seeking employment weeks after a drunken spat with an ex-roommate, who exaggerated and publicized his/her grievances with you on Social Autopsy.

Yes, Candace had no qualms with minors being listed on her website.FROM “SOCIAL AUTOPSY FAQS“:
Candace Owens: We are seeing a lot of people that are showing concern for minors, and I guess it’s sort of a two-prong approach, which is: First, you guys should be visiting the terms of service on Facebook and on Twitter, because they thoroughly explain what it means to be a minor, and what you sign up and what you agree for when you check that box and agree to their terms of usage. Pretty much if you are a minor, you are not excluded from anything if you are posting in a public place saying awful things. That said, we stand by the fact that we think the best time to be on our database is when you are a minor, because that’s exactly what we’re trying to do. We are trying to affect their conscious[sic] when they’re young, so they know to use the internet more responsibly when they’re older. There’s no harm, no foul, really, if you’re a minor … you’re not applying to college, you’re not going out for a job.??? It doesn’t do anything to affect your livelihood in any way. And no, nothing in Social Autopsy’s design controlled for false positive reports.

Fortunately, Kickstarter cut their services to Social Autopsy on April 14, 2016. The project was seemingly abandoned. And, when Candace Owens re-emerged as Red Pill Black a year later, she revealed, on The Rubin Report, that the Social Autopsy project “red pilled” her to the conservative side “overnight,” after receiving harassing threats from anonymous henchmen, presumably sent by Zoë Quinn of GamerGate fame.

Yet, as YouTuber Tree of Logic discovered, the Social Autopsy website was still taking names by October 23, 2017:

Social Autopsy has since been removed. Yet, Red Pill Black remains dead-set on her narrative, which is: What you just saw is “misinformation,” Social Autopsy was a non-functional “splash page,” and anyone who criticizes her is a “fake conservative.”

The Myth of Funded Misinformation

Touted by Red Pill Black, the “critics were paid to lie” angle may have begun in a Patreon comment posted by le Candace herself:

Tree of Logic was paid to lie. I have been very open about social Autopsy. She strung together outdated videos to create a monster conspiracy theory. I am categorically NOT creating a doxxing site. It’s an old, non-functioning splash page. She said I am releasing the website in 3 weeks. Time will reveal that she is a compulsive liar. Social Autopsy was my red Pill moment.

The specifics turned away from Tree of Logic to “White nationalist, Richard Spencer, just launched an attack against me on Twitter!!!” after Richard Spencer tweeted the video “Red Pill Black Started A Real Life Troll TraceFrom South Park, Season 20, episode: “Wieners Out.” Fictionally advertised as a troll doxxing website, Troll Trace’s true purpose was to create international strife as part of a world trolling conspiracy.” by No Bullshit. (Red Pill Black fails to mention No Bullshit’s video in this allegation, instead focusing on the universally hated Spencer.) The conspiracy has coagulated into “white liberals, who are the true racists, want to destroy black conservatives.”

It’s perhaps worth noting that Tree of Logic is a black conservative.

Red Pill Black directly acknowledged this wild narrative in her response videos. Given their similarities, its entirely possible that the “Democratic CIA-Trained Operative” shares its provenance with the “Candace critics are disguised liberals who hate black conservatives” conspiracy. Either way, to believe Red Pill Black didn’t undergo an authentic conversion to conservatism requires one to also believe that Candace Owens is a stone cold sociopath — even if you disagree that she’s not 100% politically conservative.

The “ur just jelly of ma wumun” Conspiracy

Not a true conspiracy but a kind of funny defense in the Red Pill Black camp: “The critics are just jealous, m’lady.”

If anyone’s down for a fun conspiracy, it’s Infowars. But not this time around:

The Social Autopsy website was from 4 years ago before she was red pilled. Please do some actual research before making dumb claims.

A strange defense from Paul Joseph Watson considering this article from 2016:

On that point, Red Pill Black’s political awakening aligns more in the tradition of Trumpism than true conservatism.

For the more moderate Red Pill Black fan, the whole controversy is confusing, but a quick application of Occam’s Razor may help to discern which Candace we’re truly dealing with here: Odds are she’s not malicious. Odds are she’s not a Democratic operative nor a victim of “funded misinformation.” 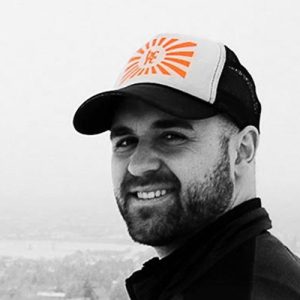