I’ll try to keep this short.

What happened Sunday night in Las Vegas, nearly two days ago, hurts. It hurts to watch the videos. It hurts to hear the stories. It hurts to play out the scene, to imagine the shooting unfold, to put yourself in that crowd. To ask “What if” as you picture your fiancé, your mother, your brother… And I realize how pathetic and weepy this sounds coming from someone who wasn’t at the concert, but it’s perhaps the only truthful statement I can express: it hurts.

I intended to write against the politicization of trauma, to relay my severe annoyance at those who, rather than reflect and mourn, saw an immediate opportunity to spout their politics. I still bear this annoyance — particularly towards the politicians, talk show hosts, etc. — but I want to clarify: I’m disregarding all political stances as inappropriate and automatic — devoid of actual thought and empathy and sadness.

You know the feeling, this sense of automation. It starts when first learning of a horrific event, when the first question you ask: Was the perpetrator white or brown? — wherein you automatically play out the conditions of each potential:

In this case, the shooter was white, so the first set of conditions applied to our respective narratives. Yet, the unconditional constants remained:

We sent thoughts and prayers to the victims, we monitored the President’s response, we said things like “How awful” and “Can you imagine?”, we praised heroes, we attacked or defended the NRA, we lamented those attacks or defenses, we lamented the seemingly American routine of mass murder, we lamented the seemingly null points of thinking and praying, we theorized conspiracies,A distinct subsect of “we.” we each claimed the massacre in support of our personal anger against the world, and we moved on.

Yet, to the citizens on the sideline, the moment of unity was short-lived, under-discussed, and hijacked completely by one-eyed politicians who, as the adage goes, never let a good tragedy go to waste. I’m under no illusion that this is new to politics, only dismayed that so many of the citizens themselves turned to full-blown political sycophancy during a time desperate and ripe for bipartisan communication and bridging, a time absurdly framed by a common interest: us. 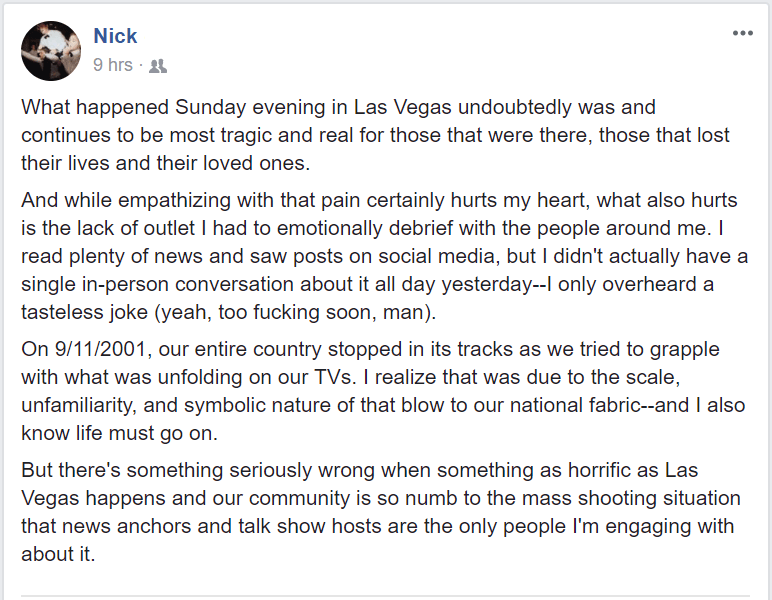 I read “too soon” jokes this morning on country music concerts.

I saw Jimmy Kimmel tear up for gun legislation on the trending tab.

And I’m not such a prude that I don’t understand the values of levity and continuation after a traumatic event. But that’s all a luxury — a luxury of the living and the unaffected, of those unwilling to spend time to truly reflect and mourn and hurt over the lives lost, and to despair at the arresting implications of 59 dead, at least 527 injured at a country concert in Las Vegas.

The empathetic response to this is pain; emotional debilitation.

The heroic response is “How can I help?”

Without either, your anger and your politics aren’t worth shit. 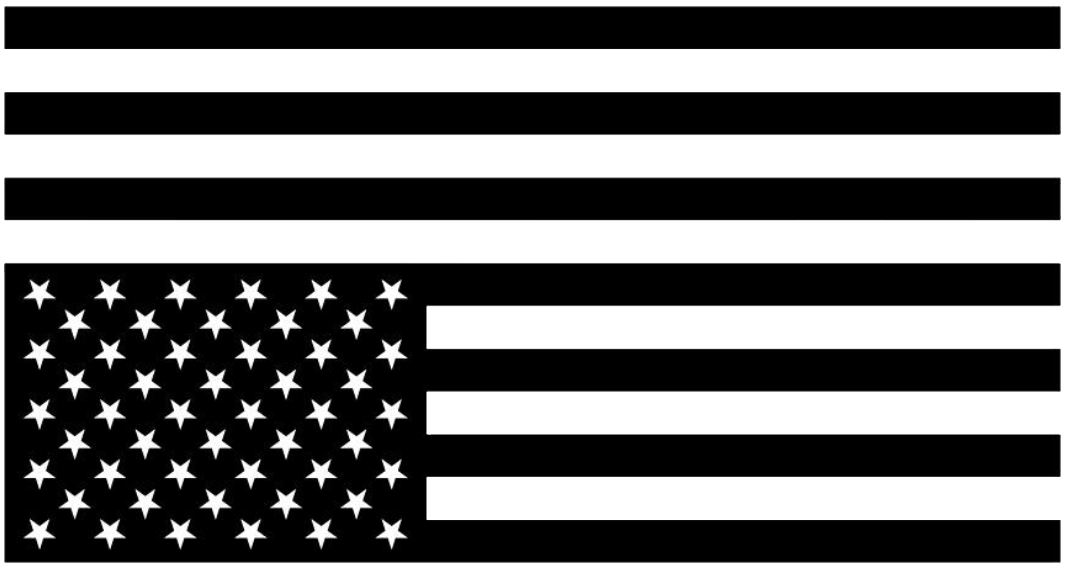 Ryan Simón is the founder and editor-in-chief of AMERICAN VULGARIA.