Louis CK recently made a non-advertised and brief appearance at a comedy club that was met with backlash. Many of the outraged by his return did not seem to believe there was a realistic situation in which he could write or perform again. While I’m disappointed by his actions and understand the serious impact his actions had on the careers and lives of female comediennes, I can’t help but feel that a) he will not be gone forever and b) I’m not sure that after owning up to his mistakes and apologizing, he “deserves” a lifetime ban.

Is there a path to redemption for him?

Thank you for this extremely divisive question.

Yet, the Louis C.K. controversy isn’t exactly a result of an offensive, tasteless joke (at least initially) but rather a fairly serious case of off-stage sexual harassment; and one that Louis C.K. admitted to in an open statement, in which he wrote:

These stories are true. At the time, I said to myself that what I did was O.K. because I never showed a woman my dick without asking first, which is also true. But what I learned later in life, too late, is that when you have power over another person, asking them to look at your dick isn’t a question. It’s a predicament for them. The power I had over these women is that they admired me. And I wielded that power irresponsibly.

(Random thought: is To Kill a Mockingbird still assigned reading?)

Also, does an ass-kicking redeem Louis C.K.? No, not really. If anything, an ass-kicking would only turn Louis C.K. from a pervert to a perverted little bitch, requiring him to not only redeem himself as a respectable man but as a man at all. And this would be sad and confusing for Louis C.K. fans, as his stature as a masculine fighter was never his appeal to us in the first place. Given his self-deprecating “I’m a divorced, fat, gluttonous loser” humor, I’d say the opposite seems true. So, how then do I answer your question: what is Louis C.K.’s path to redemption beyond apologizing and accepting self-responsibility? Is it seeking forgiveness from the accusers? Doing a 12-hour FortNite livestream for some #MeToo charity? Castration? I’m not sure — and, to be honest, I’m not sure answering this will have any positive consequences, at least for me. But here’s my honest opinion nonetheless: I don’t believe that the upside of the #MeToo movement, that women can safely call out sexual harassment, misconduct, etc. in the workplace, is diminished by wanting Louis C.K. to return to comedy. I’m all for the noble aspects of #MeToo, but I don’t see a fair effort to distinguish Louis C.K.’s sexual misconduct from malicious rape, and we need to distinguish the two if we’re to take the #MeToo movement seriously and responsibly. What’s worse, I now see that those offended by Louis C.K.’s behavior have suddenly become intolerant to his recent jokes on school shooting victims and pronoun-concerned millennials. Were these offensive, tasteless jokes? Possibly, but does anyone other than mouth-breathing morons and politically obsessed control freaks actually believe that Louis C.K., the guy who wrote an open letter urging people to vote against Trump, actually condones school shootings?

If a journalist unearths truly horrendous, criminal behavior on Louis C.K.’s part, that’s one thing. But to warp his misdeeds as criminally horrendous is not the work of journalists but political activists with press protection. Unless we’re willing to censor comedy, like the aforementioned “worst strains of humanity”, Louis C.K. will make a comeback. And I’m confident that even with a Louis C.K. comeback, the more egregious #MeToo offenders — Charlie Rose, Matt Lauer, Kevin Spacey — still won’t make a comeback. Although, I’m certain that many of the loudest detractors against Spacey will still watch and enjoy House of Cards, American Beauty, The Usual Suspects, et al, just as they continue to admire the works of Roman Polanski and Woody Allen.

This sort of moral outrage seems more a symptom of comfortable, unchallenged, upper-middle-class boredom and/or selfishness than anything resembling genuine compassion. And while I sympathize with Louis C.K.’s accusers, I don’t view them as proper representatives of the heroic female standard. I have more faith in women than that, which is why Sarah Silverman, the successful female comedian who laughed off Louis C.K.’s dick, is the true hero of this story.

That’s my opinion. Take it or leave it, bitches. 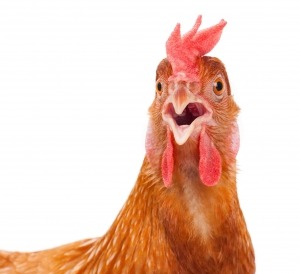 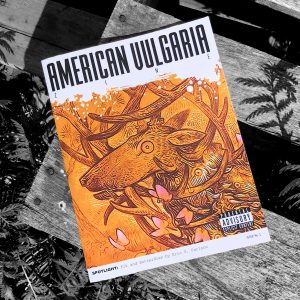 The Resurrection of the Artist: An Interview with Vittorio Pelosi