The Frogs Who Desired a King

ONCE UPON A TIME THERE LIVED A CLAN OF FROGS in a peaceful pond that Zeus, the god of gods, protected against predators and starvation and nasty weather. The frogs enjoyed their pond. Living peacefully outside of the food chain—always eating but never eaten—the frogs were free to spend their days however they pleased. But, naturally, the frogs eventually grew restless and bored and, worst of all, anxious with their freedom. Without any life-threatening problems to solve, the frogs only had to worry about choosing the best way to spend one’s day. And they worried about this a lot. In fact, they worried about it so much that they spent most of their days doing nothing but worrying about how best to spend one’s day.

“What if I select a sub-best decision?” worried one particularly anxious frog.

“I’d like to do it all,” sighed a chunky frog through a mouthful of flies.

“There’s nothing to do!” cried another.

“Oh, what’s the point?” croaked a incredibly depressed frog who had been picking at a very plump, succulent fly all morning, and who later that day hopped in front of a car.

Zeus, the god of gods, received the thoughtful frogs’ lengthy petition. Amused, he read the frogs’ demand again: “We desire a king to solve the problem of problemlessness for our fellow frogs.” Signed: “The Thoughtful Frogs.” Zeus looked through his cloud at the pond, shrugged, and tossed down a log, mockingly shouting, “Behold, your log-king!”

Initially impressed by the log’s problematically loud splash, the thoughtful frogs cautiously observed their fellow frogs who looked at each other and shrugged. The frogs figured that, well, even if the log provides a sub-best day, at least it’s a new log, and the frogs hopped on the log. Bewildered, the frogs looked back at the pond’s shoreline and discovered that only half of the frogs jumped.

“Hey, what gives?” shouted the log-frogs.

“Fuck you!” they all yelled.

Startled, the thoughtful frogs realized they have a real problem now, one that can’t be solved by thoughtful meta-worrying. They speed delivered another demand to Zeus that read: “We desire a real king to solve the real problem of our fellow frogs!” Signed: “The Thoughtful Frogs!!” Annoyed, Zeus obeyed their demand and shouted, “Very well, here is a real problem-solving king!” And Zeus released a crane to be the frog’s king, and the crane-king ate all of the frogs, solving all of their problems. 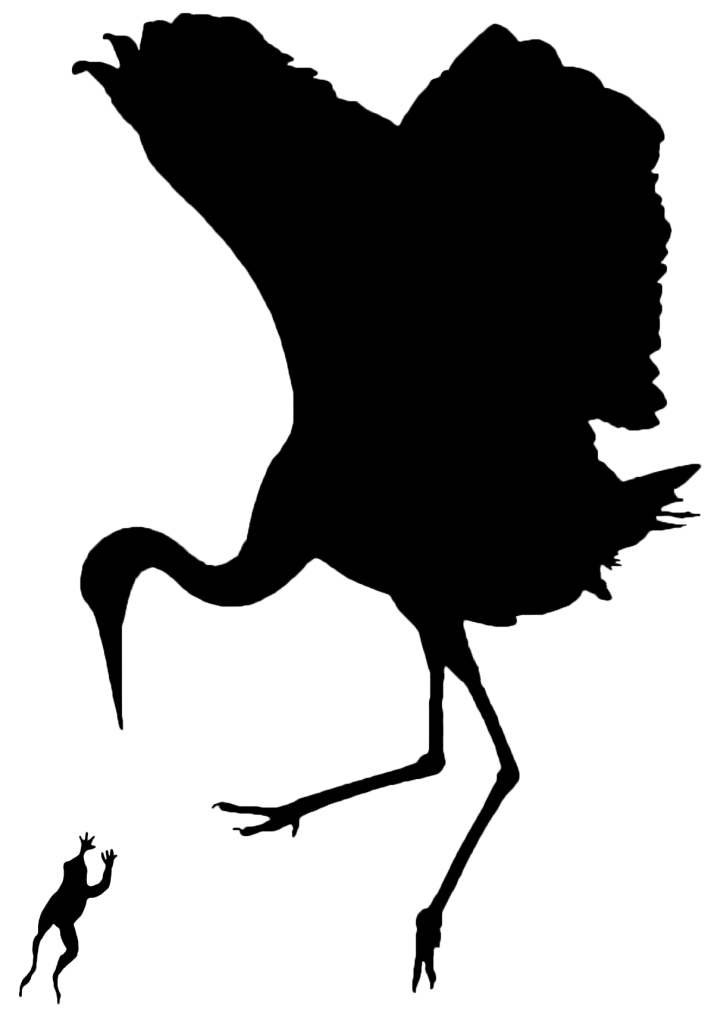